Talk Native is the brainchild of Syntax students Wilbur Xuan, Ike Wrigley, Tom O’Sullivan and Antonius Von Massenbach. The boys developed a website to give students, who wish to practice their oral language skills, the opportunity to converse with a native speaker of that language, for a small fee per lesson. The judges were particularly impressed by the innovation shown by this group.

Womba Milkshakes is the creation of TY students Alex Hayes, Shane O’Neill, Toby O’Donnell and William Mooney. Most evenings, the group were hard at work whipping up milkshakes for their classmates in a bid to raise money for the Duck Push. The consensus amongst the boys is that the milkshakes are delicious!

There was lots of entertainment on offer at the Awards including a Virtual Crash Simulator and a karaoke machine. If there had been a prize for the best karaoke act, no doubt the Clongowes students would have won it for their fantastic rendition of Back Street Boys’ hit I Want It That Way! 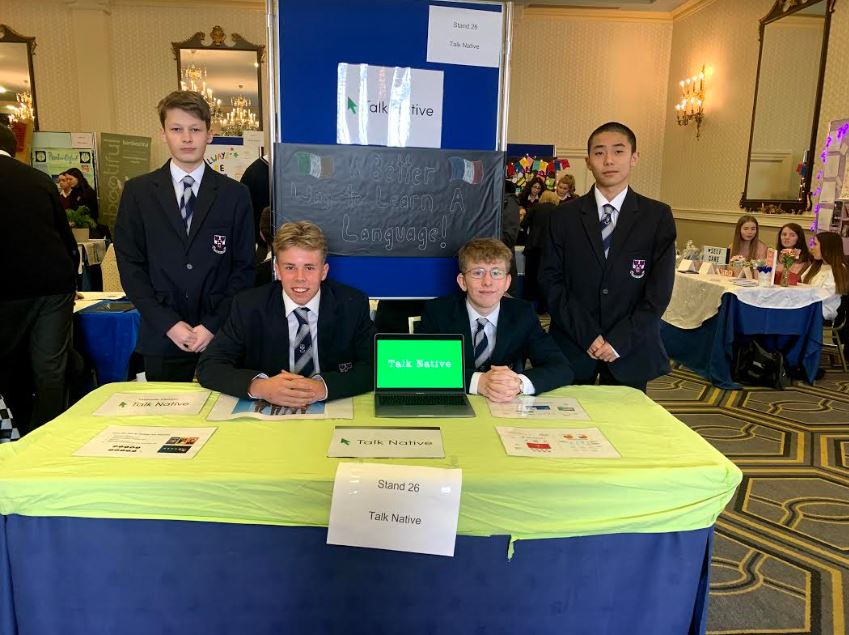 Forty-eight student enterprises and twenty-two schools were represented at the competition. Clongowes did not come away with any silverware this year but the boys did succeed at impressing the judges with their presentations.